Get to know: Child + The Banned 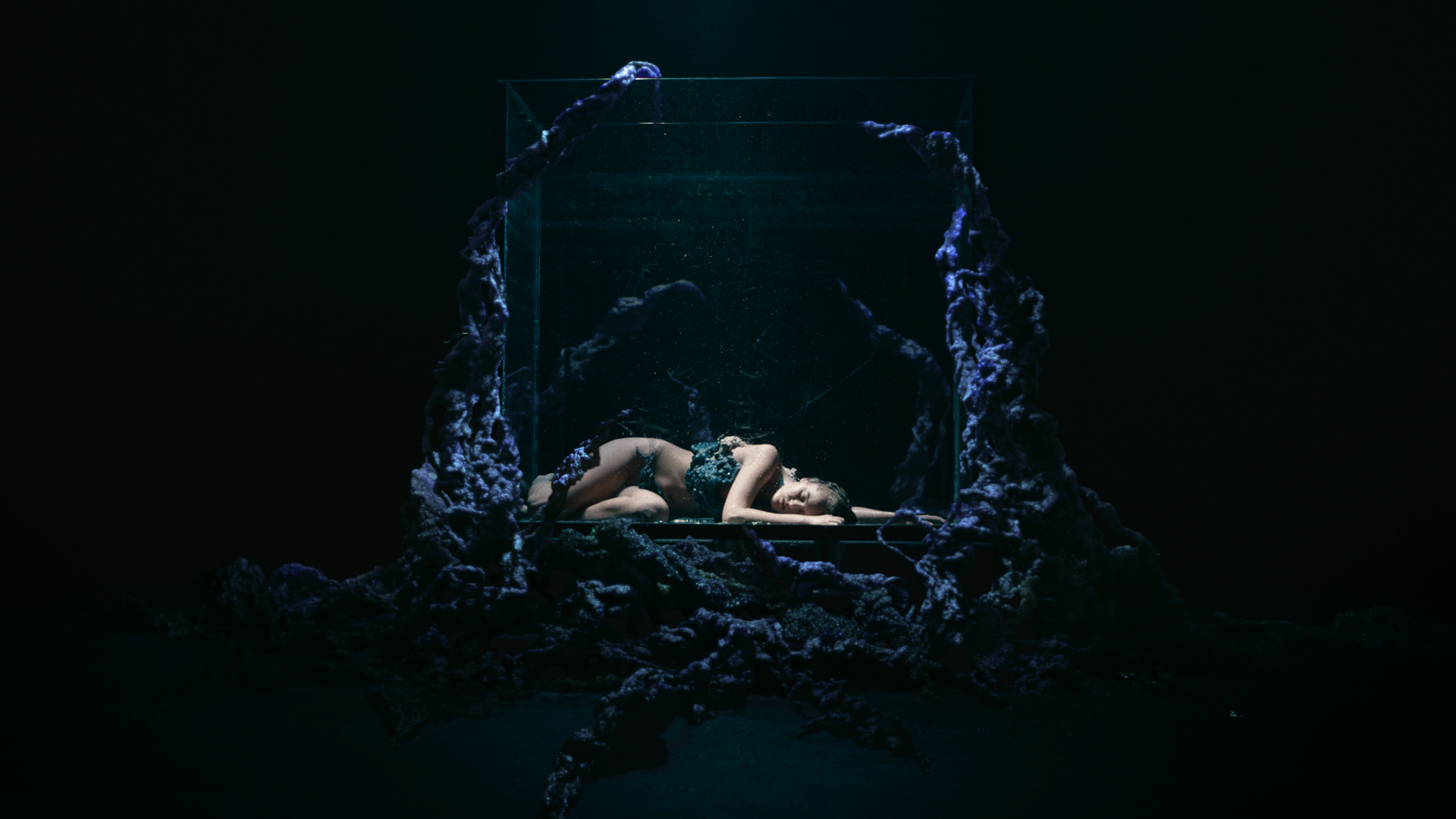 At unhurd, we have the pleasure of working with a range of brilliant artists; from well established musicians to songwriters releasing their debut single and everyone in between.

In the first instalment of our new interview series, we had a chat with Copenhagen-born artist Josephine Carl AKA CHILD + the banned, following her beautiful debut single ‘I Dreamt’.

Dive in to find out more about this fascinating artist!

Hey CHILD + the banned, can you tell us a bit about who you are?

Aha, where do I start?

I’m a Copenhagen born, London based artist/producer/composer, and dreamer who went to art school for 3 years and suddenly got a mad idea to make her debut music video in a water tank of glass.

The song and video is called ‘I dreamt’ – and I guess, this is really what brought me here with you guys today isn't it?!

Speaking of ‘I Dreamt’, we’ve been loving it here at un:hurd - congrats! How does it feel to have it out for the world to hear?

It feels quite surreal, to be honest with you. There’s such a long backstory to this song. The first seed for ‘I dreamt’ was planted years ago, and ever since then, so many amazing people have contributed with their love to this project. Having all of it come together two weeks ago was a very moving experience indeed.

What is the story behind the release?

Well, I realise this sounds a bit mad… but the main riff – the piano melody you hear opening the song – actually came to me one summer’s day when I was swimming in the sea along the Adriatic coast. It was almost like the melody was waiting for me, deep underneath the waves. I became completely obsessed (to be honest, I think my family was slightly worried for me because I was acting so manic) but I didn’t know what to do. I had no instruments on which I could play the melody and somehow make it more tactile and tangible. Instead, I just had to sing it to myself that whole summer.

The moment I arrived home, I sat down by the piano, and it was like my fingers already knew the melody by heart.

How do you usually approach the creative process?

Wauw – to be honest I think it’s more the creative process that tends to approach me rather than the other way around!

Creating is like an inner force I cannot stop. I think my songs “arrive to me” in many different ways and shapes. Most of my songs are rooted in personal experience. I have notebooks that I write in basically every day. If you look through my old notebooks from when I was still in school, I used to write my academic notes in the beginning - but if you turned my notebook upside down, that’s where I kept my drawings and scribbles that would later turn into lyrics. Funny enough, it’s often when I’m meant to be doing something else that I feel the most creative haha!

Who would you say are some of your biggest musical influences?

Aha this one is funny. When people listen to my music, I often get Kate Bush, FKA Twigs, Lana del Rey, Tori Amos, Grimes, Lykke Li… and even though these artists have definitely influenced me, and still do, I have a lot of way older acts whose songwriting has influenced me very deeply. Take Paul Simon, especially as part of Simon and Garfunkel. The songs of Simon and Garfunkel are poetic and circle around themes such as nostalgia, coming-of-age and also what it means to move to a big city with lots of odd characters in it. Those are definitely themes I see as present in my own writing too.

Simon and Garfunkel! How did that come about?

Has a career in music always been your dream?

I’ve definitely always been a performer, always been ambitious and never been turned on by the thought of stability. So in that sense, I guess music seems like an obvious career to pursue haha!

No, I mean, I’ve been playing piano and singing since I was five, and I’ve also been dancing, mostly ballet, for many years, so I suppose I’ve been lucky to always have had multiple outlets and ways in which I could express myself. Eventually, whether it be due to my DNA or environment, I guess the urge to express and create just becomes so strong you cannot hold it down.

My older sister - who’s quite established in the fashion industry - definitely showed me that with hard work, you can have a career in the creative industries. But the music and fashion industries are so different. I remember when I was going through my first break-up last year, my Mom told me: “It’s lucky you’re in music - the business of emotions - so you can use all of this for something productive”. And she was right. I know that a lot of emotion goes into designing, too, but the emotional nature of music – the inherent emotional relation between artist and audience – is so undeniably immediate. 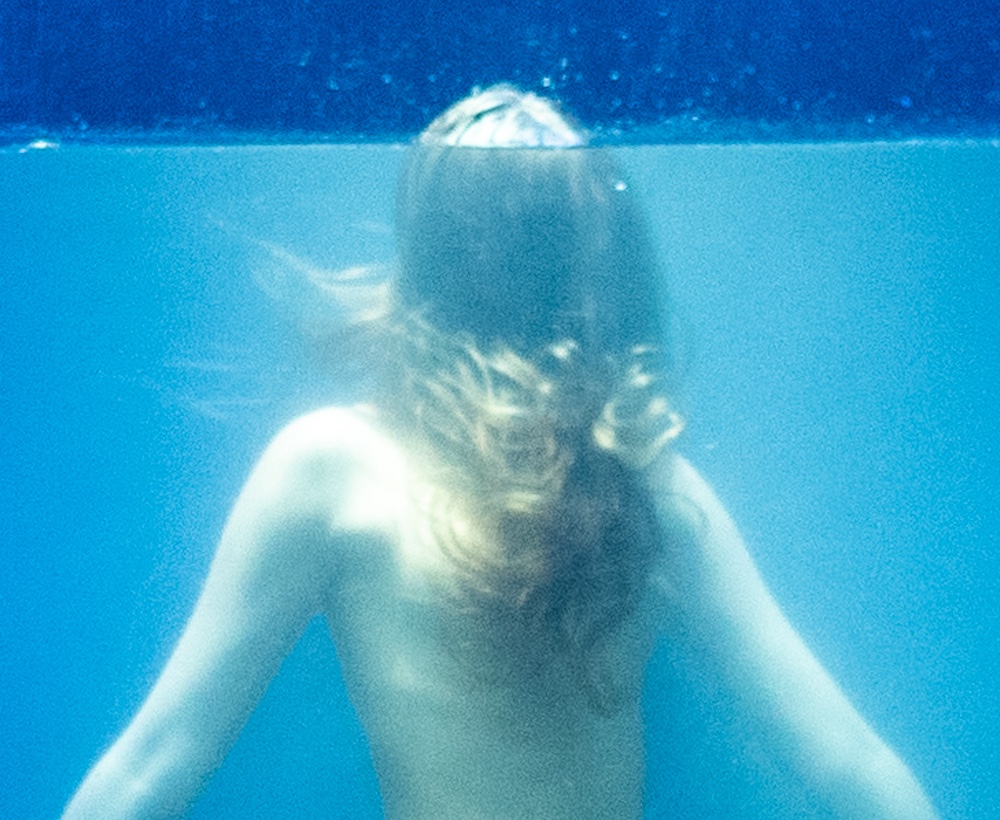 Biggest lesson/best bit of advice you’ve had so far in the industry?

Arghhh you’re really hitting a soft spot for me here! I’m not sure I am good at following advice haha, I always feel like people are underestimating my powers! One piece of advice I have had a lot is people telling me to trust that everything is going to work out and things will come with time, “just keep on doing what you’re doing” – but sometimes, I just sit there thinking: why do I have to wait ? I’M BLOODY READY NOOOW !

My sister has a few good quotes she drops here and there, though: “persistence beats resistance”, for example. I definitely live by that.

I also have a cousin who’s a very successful entrepreneur. He gave me a piece of advice when I had to negotiate a contract for the first time: “ask for money and you’ll get advice; ask for advice and they’ll give you money!” That quote works in so many instances, also when there’s no money involved at all, it’s great haha!

What are you most looking forward to in the next few years of your music career?

Hmm, I think this is a very difficult question. Even though I’d like to think of myself as hard working, I don’t think I’m a strong strategist; my mind simply goes off into so many different directions all the time. THANK GOD I have a manager ahaha !

But really, talking seriously, of course I have dreams about projects I’d like to do, places I’d love for the band and I to play etc. However, I think the last few years have shown us that life can be turned completely upside down in the blink of an eye. And this means that we have to be able to adapt our dreams to a fast evolving World - especially when you’re in music. I’m like a rocket; I know that I have something inside of me that I want to give, stories that I want to share, things I want to change for the better and I will just have to use my imagination to find ways of sharing those stories with people, regardless of the state of the World.

I think my journey so far has been defined by an ambitious, very grateful approach to the options that have come my way – our way. And, more often, the opportunities I’ve somehow been lucky enough to create together with the people around me.

Take the making of the ‘I dreamt’ video: this is undeniably one of the best, most fulfilling projects I’ve ever been involved in. Not only because of the amounts of odds stacked against us for succeeding (just for one: how do you turn a 300kg glass water tank 180° around in free air, when you cannot afford to rent a crane and basically have no money in the first place?), but also because we literally had a smaller army of the best young film people in Copenhagen you can find – working together solely due to their passion for the project. In the middle of a pandemic. 100% indie.

That’s one of those experiences that makes me believe there’s hope for the future. We will find ways of making and sharing art, no matter how hard the circumstances: Covid can’t kill collaboration.

You recently played The Old Blue Last, how was it?

Old Blue Last, that's right ! It was really cool to be headlining such a legendary venue - and the crowd was so amazing, there was such an electric vibe that night. And so fun to see so many new faces in the crowd, too. I don't know when exactly it happened but at some point, the people at our shows grew to not only be our mates and mates' mates, but also people we'd never met personally. It feels quite special that people simply come because they've heard your song and are curious to hear more.

It’s also really exciting how things have been growing so much around us lately - not only have we within the last year grown to a seven piece band but also the community around us, of people involved, has grown, too. For example, we have an incredibly talented designer, Marine Beybudyan, creating our outfits, and a good friend of mine, actor and photographer Libby Mai Priestman, is shooting our shows as well. Libby has started shooting the band and I on all sorts of occasions, when we’re gigging, and when we went on Hoxton Radio Last the other week – and just when we’re hanging out really…

It almost feels like CHLID + the banned is extending to become a little community of East/ Southeast London based creatives haha, it’s lovely, really. Collaboration is one of the things about being an artist that brings me the most joy; the magic created from sharing your visions with one another is the closest thing to sublimation I can think of.

Do you have any more live shows planned?

Our next gig is Thursday 9th December at Biddle Bros on Lower Clapton Rd in Hackney. It is more of an intimate venue compared to the Old Blue - but really good vibes for sure. Plus it has a real upright piano which I LOOVEEE.

To wrap up, where can we find you and stay tuned in?

Well pretty much everywhere; YouTube, Spotify, Apple Music, Bandcamp you name it. And of course, Instagram, TikTok - and at the moment we’re actually developing a really exciting concept for a newsletter that people can already sign up to on our website!

But yes, save us on your Spotify - CHILD + the banned - and you’ll be updated with our newest music. And in the meantime, our instagram @child.utopia is a good place to keep up with what’s happening x